Chinese woman gets 20 iPhones7 from 20 boyfriends, sells them to buy a house 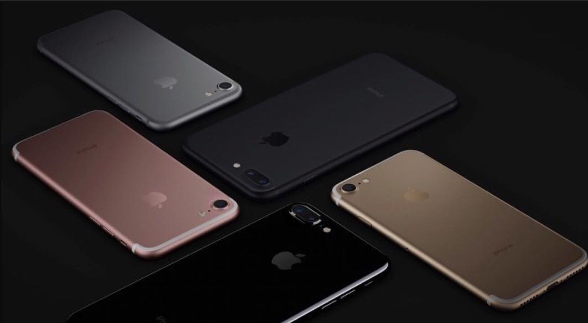 Xiaoli, a woman from the city of Shenzhen in southern China, who is from a  poor home and the oldest child in her family asked each of her 20 boyfriends to buy her a newly launched iPhone 7. The woman who is the breadwinner of her family, got all 20 iPhone7 phones and then sold all of the phones to a mobile phone recycling site called Hui Shou Bao for 120,000 Chinese yuan (about £14,500), and used the money to put down a deposit on a house in the countryside.

Her friend, Qiaoba shared the story online, wrote in her blog post that when Xiaoli showed her new house to their group of friends, they were all very surprised when she revealed how she had managed to obtain the money for the deposit.

"Everyone in the office is talking about this now," wrote Proud Qiaoba, "Who knows what her boyfriends think now this news has become public." Proud Qiaoba added that Xiaoli "is not from a wealthy family.
Her mum is a housewife and her dad is a migrant worker, and she is the oldest daughter. Her parents are getting old and she might be under a lot pressure hoping to buy them a house... But it's still unbelievable that she could use this method!"

Many people on China's microblogging site Sina Weibo were impressed at Xiaoli's enterprise and ability in convincing her 20 boyfriends to each buy her the phone which was only recently launched, on 16 September of this year.

A hashtag #20 mobiles for a house' quickly began to trend on Weibo, and became the country's top trend. It has now been used in excess of 13 million times.
Many social media users, have expressed admiration for Xiaoli.

One said:
"I can't even find one boyfriend. She can actually find 20 boyfriends at the same time and even get them to buy her an iPhone 7.

Another said:
"Just want to ask her to teach me such skills."
Another said: she has "a bright future."

While others condemned her:
'Little Bee' wrote that Xiaoli was "the most shameless person".

BBC Trending reports that they approached Hui Shou Bao and a company spokesperson confirmed that they had indeed bought 20 iPhones from a female client at the beginning of October and paid 6,000 Chinese yuan (about £725) for each one.

However, Xiaoli refused to speak with BBC Trending.