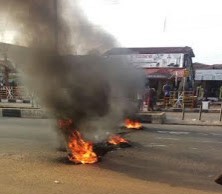 Following the declaration of Mr. Jimoh Ibrahim as the candidate of the Peoples Democratic Party in the Ondo governorship election, the residents of the state trooped out in large numbers on the streets of major towns in the state to protest against the development.

The Independent National Electoral Commission on Thursday removed the name of Mr. Eyitayo Jegede from the list of the candidates of the political parties that would participate in the November 26 governorship election and replaced it with Ibrahim’s name as the candidate of the PDP.
The protests were staged in Akure, the state capital, Owo, Ondo and Ore towns while protesters set bonfires at many major roads in the towns.

The protest began at about 6.30am in Akure while major roads like Oyemekun, Oba Adesida, Arakale, Araromi among others were barricaded halting vehicular movement.
During the protest, both social and business activities were paralysed while banks and some other corporate and commercial  offices could not open on time for business.
Officers and men of the Ondo State Police Command were also present at major streets of the town to maintain the law and order.
However no life was lost in the protest.

Jimoh Ibrahim who belongs to the camp of the Factional PDP leader, Ali Modu Sheriff, was yesterday recognized by the electoral body over Ahmed Makarfi-faction’s candidate, Eyitayo Jegede.
INEC is yet to give reasons for choosing Jimoh over Jegede who until yesterday, was displayed on PDP’s official website as the party’s governorship candidate. 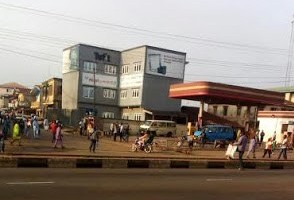 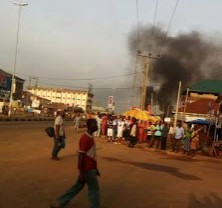 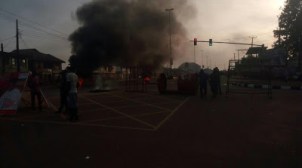