Arsenal were given a scare by Sunderland before ultimately securing an easy 4-1 Premier League victory at the Stadium of Light. 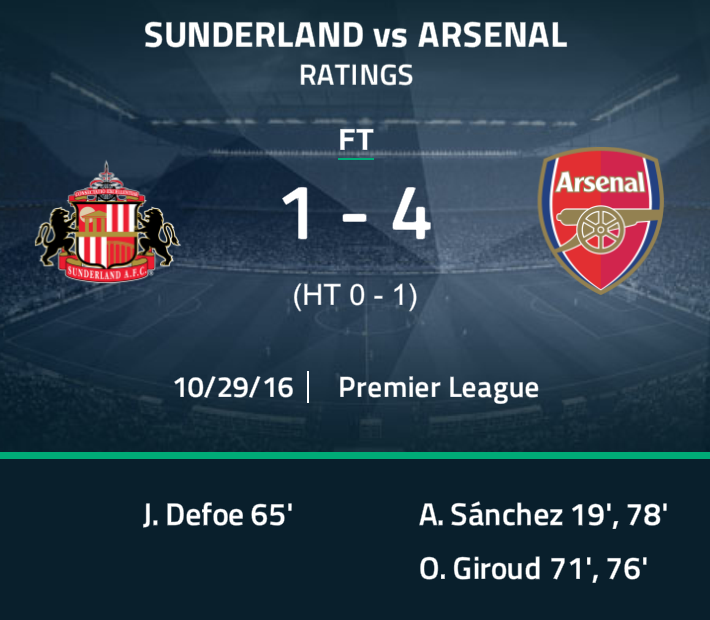 After dominating the first half, the Gunners led through Alexis Sanchez at the break. A Jermain Defoe penalty levelled matters midway through the second half but Olivier Giroud grabbed the winner for Arsene Wenger's men four minutes later. The Frenchman, on as a substitute, gave the guests some insurance soon afterwards before Alexis struck again as the home side folded. 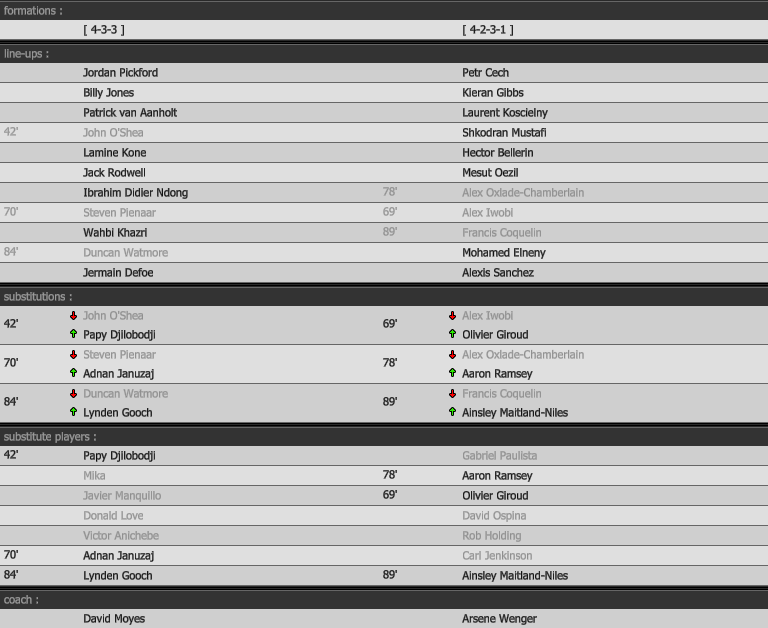