October 21, 2016
The flood murdered a lot of engines which results to the death of many cars, one could see fleet of cars lying helplessly on the road in the pool of Sandy water... also one could see frustration in the eyes of the stranded human beings like that of someone who ate prison beans without the aid of spoon... lolz. I would tell you what happened. 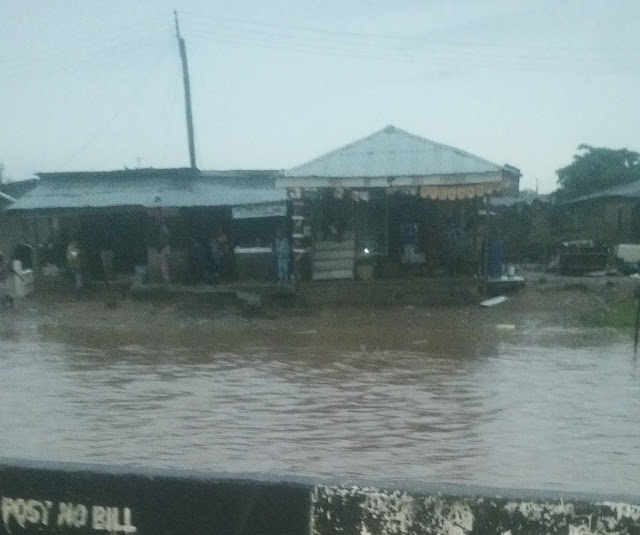 Was travelling from Lagos to Akure today through the Ibadan Express way, on getting to Ibadan around 6pm, it started to rain... few minutes later, let's say about 20mins we got to Ikire, every where was flooded just because of a 20mins rain, it showed the road lack something, a major thing "drainage system".
Meanwhile the incident already caused a huge traffic because a lot of vehicles shot down in the water. I tried my best to take a lot of pics but I couldn't because obviously everywhere was flooded and I can't dare to step out of the bus to get my feet wet.

Pls send this till it get to those corrupt leaders that fail to do the right thing to that road.
I remain my humble self, lilwhiezz.
See more pics below. 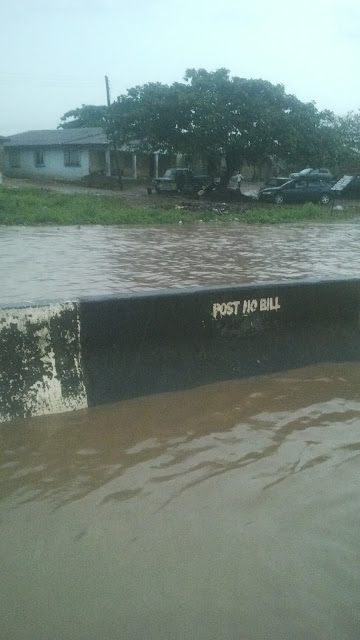 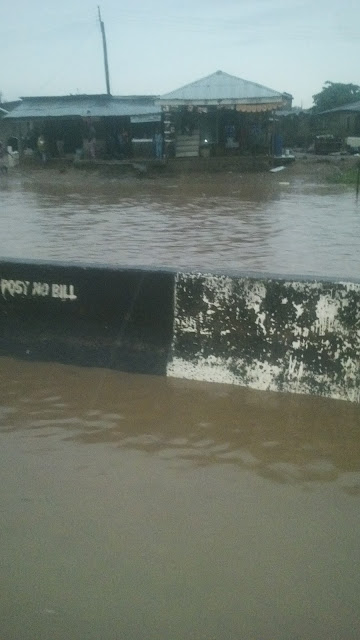