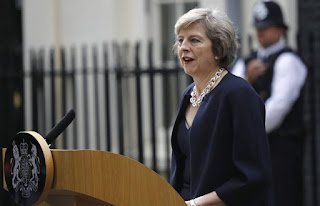 Theresa May became Britain's new prime minister on Wednesday, accepting an invitation to govern from Queen Elizabeth after the resignation of David Cameron. She promised to lead a “one-nation” government dedicated to social justice and making “Britain a country that works for everyone.”
Alluding to the tough negotiations that lie ahead over Britain's exit from the European Union, May said, “we face a time of great national change.”
But she said Britain would “rise to the challenge” and forge “a bold new positive role” in the world.
May began appointing new Cabinet ministers Wednesday evening. Former London Mayor Boris Johnson was appointed Britain's new foreign secretary, one of the biggest jobs in government. 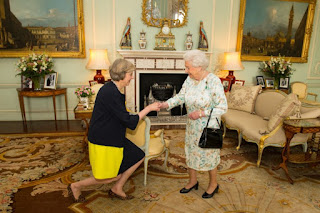 Johnson was one of the leaders of the campaign to leave the European Union. He had hoped to become British prime minister but saw his dream fade amid Conservative Party plotting after last month's vote.
Veteran Conservative euroskeptic David Davis was appointed to lead Britain's exit talks with the European Union.
Prime Minister Theresa May named Davis, a longtime advocate of leaving the EU, to the newly created post of secretary of state.
Davis is a long-serving lawmaker who often clashed with May when she was home secretary over privacy and free-speech issues. He has criticized British spies' snooping powers for being too intrusive. 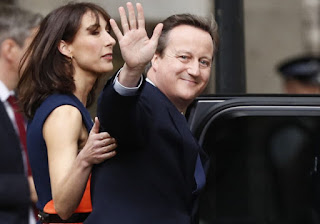 Meanwhile, May’s former job of home secretary was given to Amber Rudd, Britain's former energy secretary, making two of the top four jobs in the government held by women
In a carefully orchestrated political ballet, Cameron made his final appearance as prime minister in Parliament, turning the usually raucous prime minister's questions session into a time for praise, thanks, gentle ribbing, cheers — and a sprinkle of criticism.
Then, after a rousing speech defending his government's legacy, he and his family left his home at 10 Downing Street for the last time and made the short drive to Buckingham Palace. Soon after, the palace confirmed that Cameron had “tendered his resignation as prime minister and First Lord of the Treasury, which her majesty was graciously pleased to accept.” 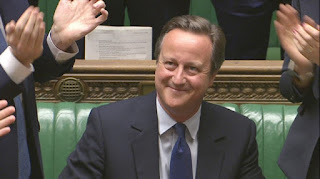 Minutes later, May arrived at the palace, accompanied by her husband Philip. Royal officials released a photo of May curtseying to the monarch and confirmed the queen had “requested her to form a new administration.”
May, 59, has been Britain's home secretary, in charge of immigration and law and order, for the past six years. She has the tough task of calming the country and global financial markets after the upheaval that has followed Brexit vote.
Although May backed remaining in the EU, she has reassured “leave” supporters that “Brexit means Brexit, and we will make a success of it.”
She is under pressure — both from pro-Brexit Conservatives and other EU leaders — to start formal exit talks with the bloc. But Tony Travers of the London School of Economics said May would likely not rush to trigger Article 50 of the EU constitution, which starts a two-year countdown to a final exit.