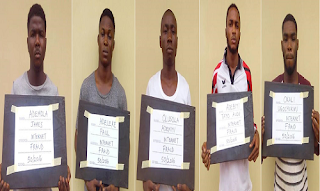 Seriously, am not proud of this but still have to post it for others like them to change their ways and wise up because this is a palm oil stain on a white garment. 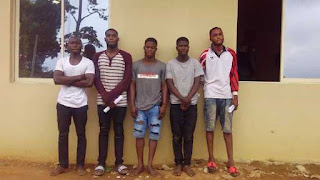 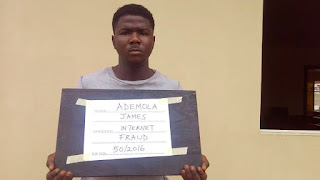 Four of the suspects are students of the Federal University of Technology, Akure (FUTA), while the fifth, Adebiyi, studies at Adekunle Ajashin University, Akungba (AAUA). 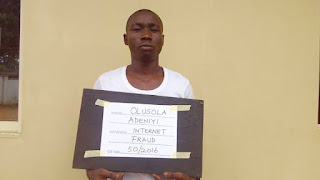 They were picked up at an off- campus residence located at Anuoluwapo Close, Stateline Hotel Road, off FUTA South Gate, Akure, the Ondo State, on Friday. The commission discovered the suspects’ activities through intelligence gathering. 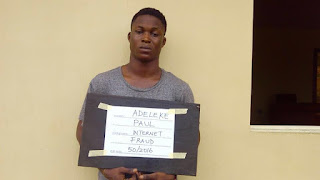 The suspects were known as “Tsunnami Gang” and “Young Pablo Money” among their colleagues.
They allegedly swindled unsuspecting foreigners and others to the tune of N16million through internet platform. 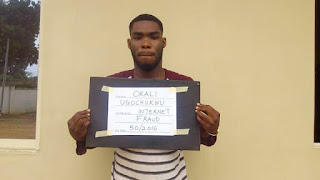 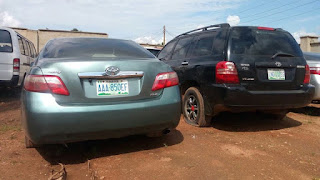 Some implicating documents were also found and downloaded from their laptops.

Confirming the arrest, the Head, Public Affairs, Ibadan Zonal Office of the commission, Mr. Ayo Oyewole, said the suspects would be arraigned as soon as investigation is completed. 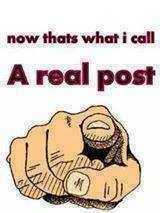 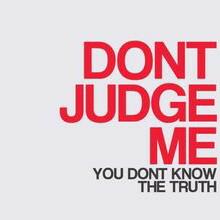