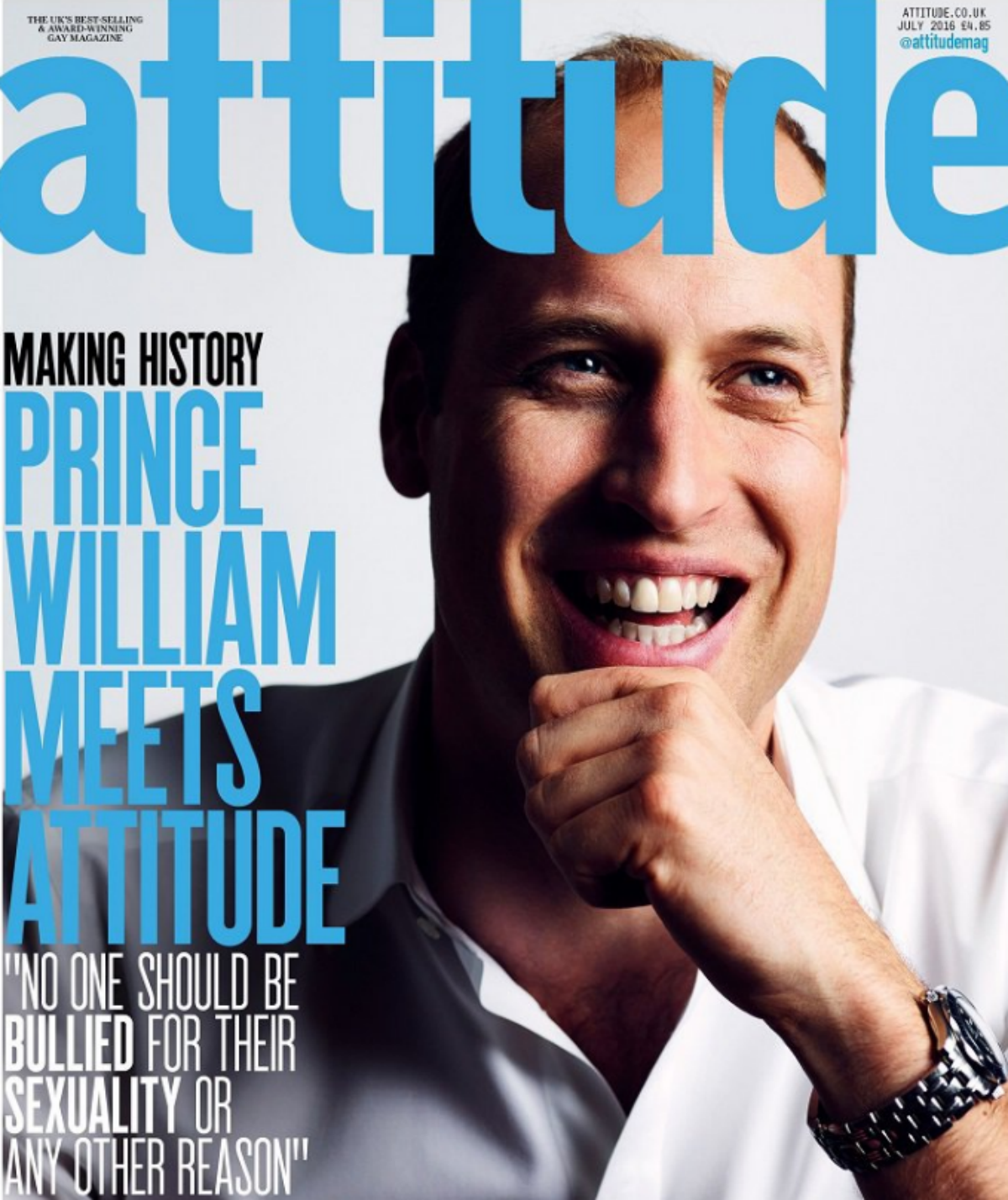 The Duke of Cambridge is to appear on the cover of gay magazine, Attitude – making him the first member of the royal family to pose for an LGBT publication.

Prince William whose mother Diana was prominent HIV campaigner posed for the cover after inviting the magazine to bring members of the LGBT community to Kensington Palace to hear their experiences of homophobic, bi-phobic and transphobic bullying, as well as the mental health implications it can have.

“No one should be bullied for their sexuality or any other reason and no one should have to put up with the kind of hate that these young people have endured in their lives,” he told Attitude after the meeting.

“The young gay, lesbian and transgender individuals I met through Attitude are truly brave to speak out and to give hope to people who are going through terrible bullying right now.

“Their sense of strength and optimism should give us all encouragement to stand up to bullying wherever we see it,” the Prince who signed a book of condolence for the Orlando shooting victims with with his wife earlier this week added.

“What I would say to any young person reading this who’s being bullied for their sexuality: don’t put up with it – speak to a trusted adult, a friend, a teacher, Childline, Diana Award or some other service and get the help you need.

“You should be proud of the person you are and you have nothing to be ashamed of.”

Attitude’s editor Matthew Todd added: “During my time as editor of Attitude I have met parents whose child has taken or lost their life after being bullied for being LGBT or just perceived to be LGBT.

“I am very happy that the future King of the United Kingdom agrees this must stop and I would urge parents in particular to raise their voices in their communities to ensure that every school protects – really protects – all children.”