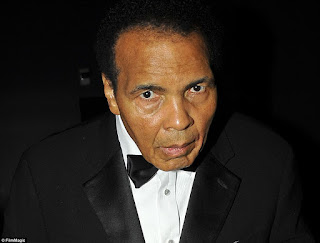 Muhammad Ali has died aged 74 after a 32-year battle with Parkinson's disease.
The legendary boxer - widely regarded as the best of all time - died with his family at his side on Friday evening, a day after he was rushed to hospital with difficulty breathing.
'After a 32-year battle with Parkinson's disease, Muhammad Ali has passed away at the age of 74. The three-time World Heavyweight Champion boxer died this evening,' Ali's spokesman said. 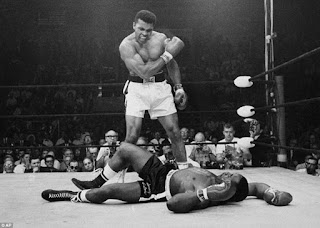 Ali's family said his funeral would be held in his hometown of Louisville, Kentucky, and thanked the public for their outpouring of support.
Ali had been on life support at a hospital outside Phoenix, Arizona, after he was found 'barely breathing' at his home on Thursday.
He was taken to hospital with an 'unshakeable cough', a separate source said, with his fatal respiratory problems likely to have been complicated by his Parkinson's disease.
The Greatest was surrounded by his family, who rushed to be at his bedside on Friday after doctors warned his condition was 'rapidly deteriorating', a source said.
It was earlier reported that Ali's family had started making funeral arrangements after doctors warned that he was just hours from death. 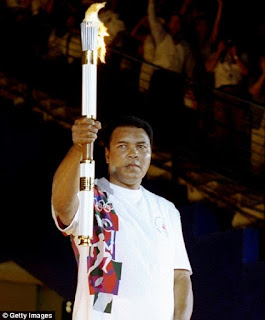 Ali's spokesman Bob Gunnell told MSNBC that the family were 'devastated'.
'Muhammad passed with his family at his side just moments ago,' he said.
'It was a very peaceful passing and they are with him as we speak. You know, we lost a great person in this world tonight.
'We don’t have an official cause of death yet, but it has to be from complications of Parkinson’s.'
Gunnell said on Thursday that the boxer was being treated for a respiratory issue at a hospital, which he confirmed again on Friday morning.
Quick to pay tribute to Ali was Donald Trump, who said the boxing legend was 'a truly great champion and a wonderful guy'. 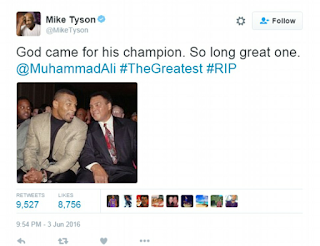 Mike Tyson also had kind words to say about Ali. He tweeted: 'God came for his champion. So long great one. @MuhammadAli #TheGreatest #RIP' 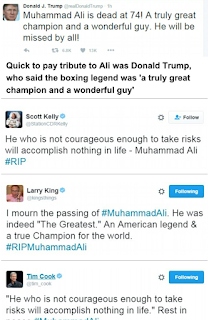 He will be remembered for his stunning victories against the likes of Sonny Lister, as well as George Foreman in the Rumble in the Jungle and Joe Frazier in the Thrilla in Manila. Ali also won gold at the 1960 Olympics in Rome.
His trash-talking and way with words - which produced unforgettable quotes such as 'float like a butterfly, sting like a bee' - were also part of what made Ali the best boxer to ever take to the ring.
But it was boxing that would eventually lead to his long illness - with the sheer number of blows Ali took to the head thought to be linked to Parkinson's, which he was diagnosed with in 1984. 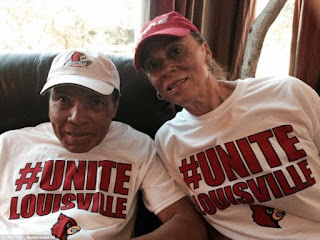 Ali's daughter Laila spoke about her father's health struggles in an interview with People in March, saying: 'He's such a fighter, still, when at times he seems weak and not able to handle it.
'He comes through stronger than ever. He's still fighting regardless and I love my dad for that.'
Ali's health last took a turn for the worse in early 2015, when he was treated for a severe urinary tract infection. 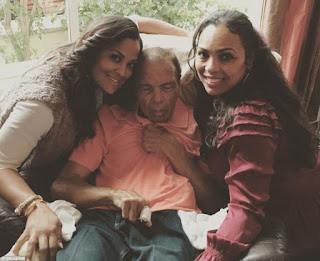 His high profile and willingness to share his very public struggle with Parkinson's helped raise awareness of the disease.
Ali's Parkinson's diagnosis was long-linked to the number of times he took blows to the head during fights.
The boxer looked increasingly frail during public appearances over the past few years, including his last outing in April. 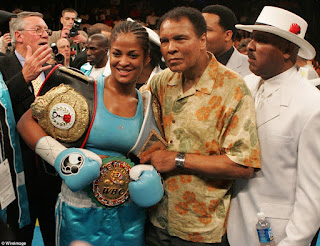 He wore sunglasses and was seen hunched over at the annual Celebrity Fight Night dinner in Phoenix, which raises funds for the treatment of Parkinson's.
His last public appearance prior to that was in October of last year when he appeared at the Sports Illustrated Tribute to Muhammad Ali at The Muhammad Ali Center in his hometown of Louisville, Kentucky.