Khloe Kardashian begged OJ Simpson to take a paternity test over claims he was her real father, claims his prison guard. 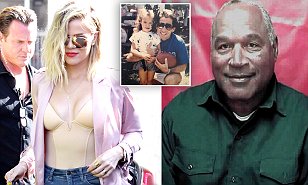 Khloe Kardashian begged OJ Simpson to take a paternity test because she feared he might be her real father, one of his prison guards has revealed.
Jeffrey Felix told a documentary about Robert Kardashian that he had overheard a conversation between Khloe and Simpson at Lovelock prison in Nevada, where Simpson is serving a 33-year term for robbery.
Khloe, 31, was the third of the four children born to Kris Jenner during her marriage to Kardashian, an attorney who became famous through his friendship with Simpson.
She has been the focus of rumors over her real paternity – and spoke earlier this year of her anger that her stepmother had questioned whether Kardashian was her father.
Now Felix reignites the claims, in the documentary Kardashian: The Man Who Saved OJ Simpson, which airs Monday night on Reelz. 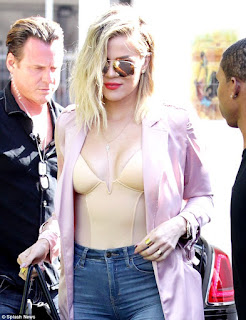 Khloe is his favorite,' he said.
'The mom Kardashian does not talk to OJ. She's upset with OJ for her thinking that he killed her best friend, Nicole Brown.
'But I know he still talks to Khloe behind her back.
'In the prison, the phone calls have to be made out by OJ, so he would call at least once a week. That was his way of keeping up with the Kardashians..