June 16, 2016
The guy who fought Justin Bieber last week wants a rematch, but no fists this time ... just a 1-on-1 chat about how they can avoid this turning into a lawsuit. 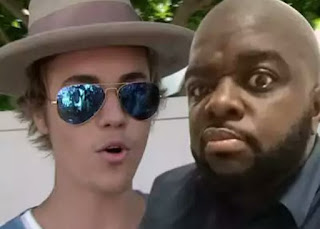 TMZ obtained a letter Lamont Richmond's rep fired off to Bieber's camp, saying Lamont wants a sit-down, and will take responsibility for the fight ... IF Justin does the same. Richmond adds, he thinks meeting face-to-face will "help seek a resolution."

It's unclear what needs to be resolved. The letter isn't any more specific, but the rep tells us if Justin's camp doesn't respond ... a lawsuit could be coming over the melee.

As we reported ... Lamont says he got death threats from Beliebers and lost his job after the fight.