Justice Rita Ofili-Ajumogobia on Monday granted bail in the sum of N500,000 to a former Director-General of the Nigerian Maritime Administration and Safety Agency, Raymond Omatseye, who was convicted of contract scam. 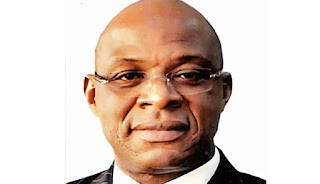 The judge had on May 20, 2016 convicted Omatseye of severally awarding contracts above the threshold stipulated by the Bureau of Public Procurement while he was NIMASA D-G and sentenced him to five years imprisonment.

Justice Ofili-Ajumogobia had found Omatseye guilty of 24 out of the 27 counts pressed against him by the EFCC and sentenced him to five years imprisonment without an option of fine.

But three days after the judgment, Omatseye, through his lawyer, Mr. Olusina Sofola (SAN), approached the Court of Appeal, Lagos Division, describing the judgment as unreasonable and urged the higher court to overturn it.

He later asked Justice Ofili-Ajumogobia to release him on bail on self recognition pending the hearing and determination of his appeal.

Omatseye’s lawyer, Sofola, had told Justice Ofili-Ajumogobia that his client had raised “substantial and arguable issues” in his notice of appeal, which he believed were capable of making the appellate court to overrule his conviction and sentence.

Sofola also said keeping Omatseye in prison would deprive his children of parental care, which he had been providing for three of them in the absence of their mother, who, he said, was in the United Kingdom looking after one of their children suffering from “severe medical conditions.”

According to Sofola, the said child of Omatseye was being treated in the UK for “epilepsy, atypical hypertrophic cardiomyopathy with mitral regurgitation, atrial fibrillation and enuresis.”

He said the said child also had difficulty in learning and was suffering from myriads of other medical conditions, which often prevent him from sleeping at night.

Sofola added, “With the applicant’s wife staying with their sick child in the UK for purposes of proximity to the attending hospital and specialised health care, it has become the responsibility of the applicant to provide parental care for their remaining three children in the absence of their mother, which has now been affected by his conviction and subsequent remand at the Ikoyi prison to serve the sentence imposed on him by this honourable court.”

Sofola said Omatseye, who is a lawyer with 28 years post-call experience, was prepared to expeditiously pursue his appeal, as he intended to quickly clear his name, so that he would be able to “protect and preserve his ability to remain a legal practitioner.”

But in opposition to the bail application, the EFCC, through its lawyer, Mrs. Kehinde Bode-Ayeni, urged Justice Ofili-Ajumogobia not to grant Omatseye bail, saying there were no exceptional and unusual circumstances to warrant granting the bail.

The EFCC further argued that Omatseye’s bail application was based on “pity and extraneous circumstances,” adding that a person who had been convicted had already lost the presumption of innocence.

While urging Justice Ofili-Ajumogobia to turn down Omatseye’s request for bail, the anti-graft agency said all the issues raised by the convict could be addressed by the Court of Appeal.

But in a ruling on Monday, Justice Ofili-Ajumogobia discountenanced the EFCC’s objection and granted Omatseye bail in the sum of N500,000 with two sureties in like sum.

“I will admit the appellant to bail on the single ground of being a mother.

“Even a mad woman will come after you if you toy with her child,” Justice Ofili-Ajumogobia said.

One of the sureties, she said, must be a civil servant on not below Level 16 in the employ of the state or Federal Government.

She asked Omatseye to deposit his passport with the Chief Registrar of the court, pending the decision of the Court of Appeal.