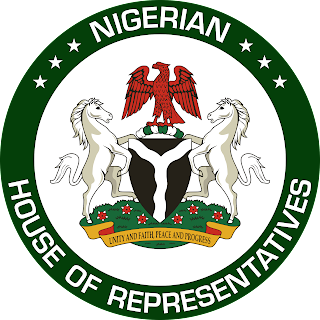 The Federal Government has scrapped post-Unified Tertiary Matriculation Examinations, UTME, as a pre-condition to gaining admission into universities in the country. The government and stakeholders in education sector also pegged 180 as the benchmark for 2016 admission into universities, polytechnics and colleges of education to improve the quality of education in Nigeria. These decisions were reached  at the 2016 Combined Policy Meeting on Admissions to Universities, Polytechnics and other higher institutions in Nigeria. The Minister of Education , Malam Adamu Adamu,while declaring open   the meeting, said since the federal government and stakeholders had confidence in the examinations conducted by the Joint Admissions and Matriulation Board, JAMB, there was no need for other examinations to be conducted by universities after JAMB exams. He said:  “As far as I am concerned, the nation has confidence in what JAMB is doing, the universities should not be holding another examinations and if the universities have any complain against JAMB, let them bring it and then we address it. 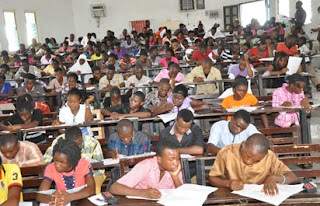 Candidates writing the UTME at the University of Abuja. ‘’But if JAMB is qualified enough to conduct tests and they have conducted test, then there will be no need to conduct another test for students to gain admission. “The ministry expects that all candidates given admission must be from JAMB. but JAMB must stop issuing admission letters, JAMB should get in touch with institutions before offering admission to students. ‘’The closing date is November 30th and no university should exceed its admission capacity and any tertiary institution that doesn’t follow the rule, the ministry would start sanctioning them. ‘’Institutions should stop admitting students into un-accredited courses in their institutions. The institutions should stop writing JAMB to increase their quotas because JAMB cannot do that.” The minister also said institutions should stop writing J AMB to increase their quotas as there were relevant agencies to do so. Adamu also reminded the stakeholders that the criteria for admission was still in force, and asked the institutions to adhere to it. “Merit is 45%, catchment area 35% and educational development in less developed states 20%, this is for federal universities and for states universities, merit 40%, catchment 40 % and less developed local governments get 20%,’’ he said. The Minister also asked the Joint Admissions Matriculation Board to stop extra charges on several categories of changes on admissions such as the change of course, change of school and others. The Registrar of JAMB, Professor Dibu Ojerinde, while talking to journalists after the meeting, said institutions were free to go above the 180 benchmark. “180 benchmark is even, no one will go below it this year. Universities can go above it. This year, we have more than enough candidates because over 1.2 million candidates scored above 180, so we have enough candidates this year. “There won’t be any written post-U TME but they would screen the candidates. It is a necessary thing to screen the candidates. ‘’We agree and the Minister of Education also agrees but the issue of taking another examination is no longer going to happen,” he said.