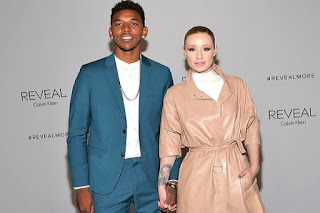 Finally, Iggy and Nick Young have parted ways months after his cheating scandal rocked the Internet.

The rapper made this announcement on her Instagram page, and it comes as a surprise to many fans especially because she had earlier said she would stick with him after his cheating video was leaked on social media.

Recall that after Young’s cheating was leaked on social media, another video of the basketballer cheating on her with a mystery woman surfaced online.

However, Azalea said she was not ready to leave him. “For the record, I haven’t broken up with Nick,” she tweeted, adding, “We are together and I would love to be given a little (a lot) of privacy on the matter.”

Well, she has finally had a rethink; but would she be returning that incredulously expensive diamond ring he gave her?