Boxing legend Mohammed Ali has been hospitalized after suffering a respiratory issue. 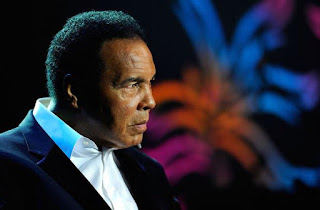 Muhammad Ali is in hospital near his home in Phoenix after experiencing respiratory issues.

A family spokesperson announced that Ali, 74, is currently being treated by doctors and was in "fair condition" as of Thursday afternoon.

"Ali, who suffers from Parkinson’s disease, is being treated by his team of doctors and is in fair condition," family spokesman Bob Gunnell said in a statement to WDRB-TV in Louisville. "A brief hospital stay is expected. At this time, the Muhammad Ali family respectfully requests privacy.” 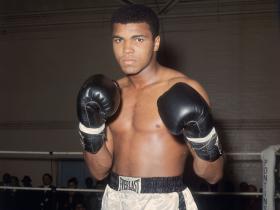 Dr. Abraham Lieberman of the Barrow Neurological Institute in Phoenix. added: "I can't really say much more than what's in the papers."

Ali first rose to prominence when he became the the heavyweight champion at just 22 years old by beating Sonny Liston in 1964. He’s widely regarded as one of the best boxers and athletes in sports history.

Ali has been hospitalised several times in recent years, and he has looked increasingly frail in public appearances, with his last formal public appearance coming on 9 April when he wore sunglasses and was seen hunched over at the annual Celebrity Fight Night dinner in Pheonix – a night held to raise funds for the treatment of Parkinson’s.

Muhammad Ali: A life in pictures

Last year, the former heavyweight boxing legend was hospitalized with a urinary track infection, and back in 2014, he experienced a mild case of pneumonia but was able to make a full recovery.

When Ali was 42 years old, he was diagnosed with Parkinson's disease, and doctors have previously claimed that they believe his condition to be a result of taking repeated blows to the head during his career in the ring.

Former five-weight world champion Sugar Ray Leonard sent Ali a message of support, and said that his friend is in his thoughts. Leonard wrote on Twitter: "Prayers & blessings to my idol, my friend, & without question, the Greatest of All Time @MuhammadAli ! #GOAT."