June 20, 2016
Anton Yelchin, a rising actor best known for playing Chekov in the new "Star Trek" films, was killed by his own car as it rolled down his driveway early Sunday, police and his publicist said. 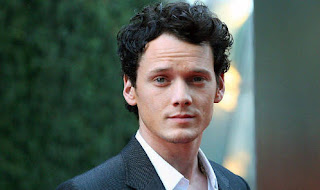 The car pinned Yelchin, 27, against a brick mailbox pillar and a security fence at his home in Los Angeles, Officer Jenny Hosier said. He had gotten out of the vehicle momentarily, but police did not say why he was behind it when it started rolling.

Yelchin was on his way to meet friends for a rehearsal, Hosier said. When he didn't show up, the group came to his home and found him dead.

The freak accident tragically cuts short the promising career of an actor whom audiences were still getting to know and who had great artistic ambition. "Star Trek Beyond," the third film in the rebooted series, comes out in July.

Director J.J. Abrams, who cast Yelchin in the franchise, wrote in a statement that he was "brilliant ... kind ... funny as hell, and supremely talented."

His death was felt throughout the industry.

"He was a ferocious movie buff who put us all to shame," said Gabe Klinger, who directed Yelchin in the upcoming film "Porto," likely to be released this fall. "He was watching four or five movies every night — silent movies."

Yelchin began acting as a child, taking small roles in independent films and various television shows, such as "ER," ''The Practice," and "Curb Your Enthusiasm." His breakout big-screen role came opposite Anthony Hopkins in 2001's "Hearts in Atlantis."

He transitioned into teen roles in films such as the crime thriller "Alpha Dog" and the comedy "Charlie Bartlett." He also played a young Kyle Reese in 2009's "Terminator Salvation."