New Pump Price: Petrol price increase should not be basis for palliatives – Kachikwu. 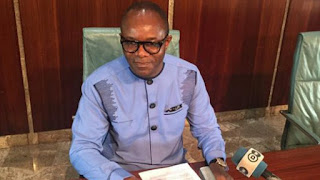 The Minister of State for Petroleum Resources, Dr Ibe Kachikwu, said the new pump price of N145 for Premium Motor Spirit would help to sustain supply and reduce the suffering to get the product. Kachikwu told newsmen in Abuja on Thursday that the Nigerian National Petroleum Corporation (NNPC), did not have the resources to supply the product to meet the demands of the nation.

“ I want to explain the situation with the recent price of the PMS and I know that a lot of you that watched the movement of the price from N86 to N145 will understand more. “The reality is that we are unable to bring the product with the prices we sold before, that is why we see the systemic queues all over the country for a very long time. “I will urge you to trust that we are trying to do what is right and there is no better time to do this other than now under the leadership of President Buhari’’, he said He added that non-availability of foreign exchange and inability to open letter of credit forced marketers to stop products importation. This, he said, imposed 90 per cent supply on NNPC since October 2015 against its supply strength of 48 per cent.

This development, Kachikwu said, contributed to the continuous queue witnessed in the country. He said that with the NN86.50 pump price of PMS, Federal Government would have been paying subsidy of N13.7 per litre which he added, translated to N16.4 billion monthly. The minister said government could not go on with such funding and had completely removed subsidy and working with the price modulation to get things done right. He added that the renewed pipeline vandalism in the Niger Delta had drastically reduced national crude oil production to 1.4 million barrels per day as at Thursday. 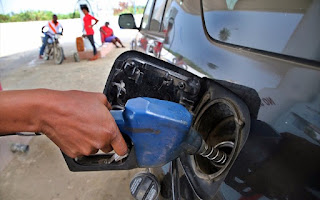 This, he added, was against 2.2 million barrels per day as proposed in 2016 budget. “This will further reduce income to the federation account and also affect crude volume for PMS conversion and federal government’s foreign earning. “To continue massive importation of PMS, it is clear that unless immediate action is taken to liberalise the petroleum supply and distribution, the queues will persist’’, he said. The minister said that diversion would worsen and the current price spiral out of control. Kachikwu further said that if pump price was not increased, more states would have no money to pay salaries as monies accrued to federation account would not be able to solve their needs. He assured that the current policy would help to sustain and create jobs instead of job loss that was witnessed in the system.

Kachikwu said that the situation would also put to an end to various sharp practices such as hoarding, smuggling, and diversion and ensure market stability. “It will potentially create additional 200,000 jobs through new investments and prevent potential loss of nearly 400, 000 jobs in existing investments. “It will provide government more revenue to address social and infrastructural needs of the country’’, he added He urged Nigerians to trust government’s effort to ensure growth and development in the oil sector.