April 25, 2016
Leicester City forward Riyad Mahrez has won the Professional Footballers’ Association Player of the Year award.
Mahrez has scored 17 goals and made 11 assists in 34 league games to take Leicester to the cusp of the title.
The award was voted for by the Algeria international’s fellow professionals.
Tottenham midfielder Dele Alli, 20, was named PFA Young Player of the Year, while Manchester City forward Izzy Christiansen won the Women’s Player of the Year award.
Sunderland striker Beth Mead, 20, was named Women’s Young Player of the Year.
Mahrez, 25, held off competition from Tottenham forward Harry Kane, Arsenal midfielder Mesut Ozil, West Ham United midfielder and fellow Leicester men Jamie Vardy and N’Golo Kante to win the award.
Mahrez was handed the prize at the Grosvenor Hotel in London on Sunday hours after scoring in his side’s 4-0 win over Swansea City as leaders Leicester moved to within five points of the title.
He dedicated the award to his team-mates.
“All the credit is for them, seriously,” Mahrez, who joined Leicester from French second-tier side Le Havre in January 2014, said.
“And for my manager and the staff. Without them I wouldn’t receive this award and I wouldn’t score. It’s the team spirit, and I want to dedicate it to them.
“It’s extra special because if the players vote for me it’s because they’ve seen I’ve been great this year so I’m happy.
“Without my team-mates I wouldn’t get this award.”
Young Player of the Year – Dele Alli
One year ago, Alli was getting ready to play at Rochdale for MK Dons having been loaned back to the League One club after signing for Tottenham for an initial £5m in February 2015.
This season he has scored 10 times in 32 top-flight games to help Spurs challenge Leicester for the title.
In addition, Alli has made six senior appearances for England, scoring in a 2-0 friendly win over France last November.
Alli was unable to collect the award in person as Tottenham host West Brom on Monday, but former Spurs player and manager Ossie Ardiles collected the prize on his behalf.
“Thank you Ossie, the Tottenham legend for receiving this award for me,” Alli said in a video message screened at the awards.
“Sorry I can’t be there tonight but we have a big game tomorrow.”
Teams of the Year
Leicester and Tottenham have provided eight players between them for the Professional Footballers’ Association Premier League Team of the Year.
Mahrez is one of a quartet of players from league leaders Leicester, while Alli is one of four men from Spurs.
Ozil, a PFA Player of the Year nominee, misses out.
PFA Merit award – Ryan Giggs
Former Manchester United winger Ryan Giggs, the most decorated player in the English game, won the PFA Merit Award.
Ryan Giggs made a club record 963 appearances for United
Giggs, 42, follows in the footsteps of former United greats Sir Alex Ferguson, Sir Matt Busby and Sir Bobby Charlton in picking up the prize.
Now assistant to manager Louis van Gaal at Old Trafford, Giggs made a club record 963 appearances for the Red Devils and won 13 league titles, four FA Cups and two Champions League crowns during a glittering career.
Giggs, PFA Player of the Year in 2009 and two-time Young Player of the Year in 1992 and 1993, said: “When you win each award you look down the trophy and you see the players who have won it before and you realise what a great accolade it is.
“This is the same. I’ve been here on the nights when people have won it and it’s legends of the game.
“I’m fortunate to win it and I’ll enjoy it.” 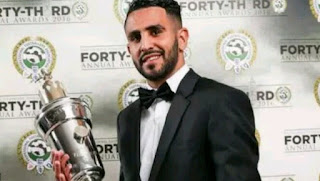