April 24, 2016
1: Dutch reporter: "Can you describe 'Zlatan' - a lot of Dutch people don't understand?"
Zlatan: "I've never heard this question before, I think it's only you who doesn't understand."

2: An Italian female reporter asks if he is gay.
"Come to my house and you'll see if I'm gay. Bring your sister," he responds.

3: A reporter asks what Ibrahimovic will get his wife for her birthday.
"Nothing. She already has Zlatan."

4: When invited by Arsenal's manager for a trial.
"Zlatan doesn't do auditions."

5: After Sweden were knocked out of the 2014 World Cup qualifiers, a reporter asked if Ibrahimovic would head to Brazil to spectate. He responded:
"A World Cup without me isn't worth watching."

6: On house-hunting in Paris after being drafted in by Paris Saint-Germain.
"We're looking for an apartment. If we don't find anything, then I'll probably just buy the hotel."

7: A reporter asks why there are scratches on Ibrahimovic's face.
"You'll have to ask your wife that one."

9: When discussing his former coaches, Ibrahimovic doesn't appear to be hoping for a reference letter.
"Mourinho is Guardiola's opposite. If Mourinho brightens up the room, Guardiola pulls down the curtains.

10: Lastly, Zlatan's book and his app are full of colourful quotes. For example, when discussing a recent injury:
"An injured Zlatan is a pretty serious thing for any team." 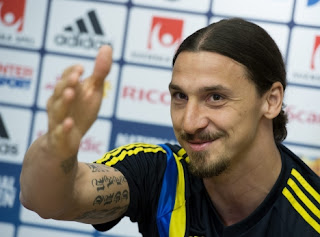 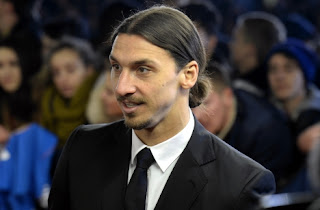