A fan is suing Kanye West, claiming he was tricked into subscribing to Tidal by the rapper.

April 20, 2016
A Kanye West fan sued the rapper and a company owned by Jay Z on Monday, saying they tricked people into subscribing to the music streaming service Tidal by fraudulently claiming it was the only way to buy West’s album The Life of Pablo. 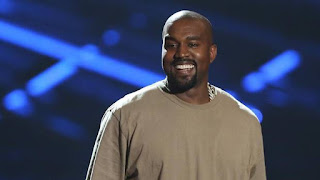 In a proposed class-action lawsuit filed in San Francisco federal court, Justin Baker-Rhett said he signed up for the $9.99 (U.S.) a month Tidal service after West tweeted on Feb. 15 that Pablo would never be sold anywhere else.But the California resident called the exclusivity promise a ploy to add millions of subscribers to a struggling Tidal, which Jay Z controls, and that West released the album 1 1/2 months later on Apple Music and Spotify, and on his own website.

Baker-Rhett said the scheme tripled Tidal’s subscriber base to 3 million, boosted its value by $60-million to $84-million, and threatened fans’ privacy by forcing them to turn over credit card and other personal information.

“You can’t trick people into paying money and giving up personal information just because the company is struggling,” Baker-Rhett’s lawyer Jay Edelson said in a phone interview.

Tidal and West did not immediately respond to e-mail requests for comment.

Pablo was streamed more than 250 million times within 10 days of release, the lawsuit said.

Jay Z took control of Tidal in a roughly $56-million acquisition in March, 2015.

According to media reports, one of his businesses threatened last month to sue Tidal’s former owners for inflating subscriber numbers, suggesting the price tag may have been too high.

Monday’s lawsuit seeks class action status for people who subscribed to Tidal from Feb. 15 to April 1 and streamed Pablo tracks within 24 hours.

It seeks actual and punitive damages, and the deleting of subscribers’ personal data.