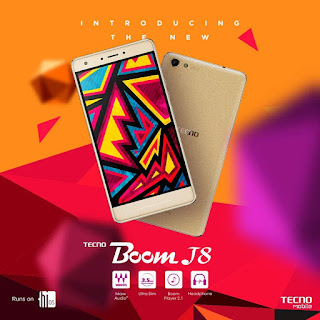 Top celebrities turn up for the phone launch The TECNO Nigeria group on Thursday, March 31, gave music lovers something to cheer about as the mobile maker unveiled its latest music phone, the Tecno Boom J8. Launched at the Golf View Hotel and Suites G.R.A Ikeja, Lagos, the upgraded music smart phone flagged off a new era of Tecno mobile devices and it was witnessed by top celebrities in the music industry, which include Ruggedy Baba, Weird Mc, Chuddy K, Artquake, Capital Femi, Jaywon, Olawale, Immaculate, Danagog amongst many others.

The smart phone was launched alongside the HiOS which is TECNO mobile’s latest User Interface. Speaking at the official launch of the phone, Chidi Okonkwo, the managing director of Tecno Nigeria, assured Nigerians that Tecno remains committed to delivering the best to its customers.

“We are pleased to unveil our next generation music phone, the Tecno Boom J8 but that is not all we are excited about. Over the years, our team of software developers has worked tirelessly to create a unique user experience across all Tecno mobile devices and we are pleased to say we have achieved that goal. “Today, our next generation music phone, Tecno Boom J8 runs on our custom tailored operating system, the HiOS. This uniquely tailored android 5.1 OS flaunts Tecno’s own expression of mobile user interface-the HiOS.

Tecno Boom J8 is a total upgrade on all predecessor music phones our company has released in the past years. “Tecno remains committed to delivering the best technologies to end users even more so, to impacting our communities through projects that touch lives.” On his part, Engr. Kenneth representing the Nigeria Communications Commission thanked Tecno for the steady growth in the mobile market and its ability to keep to the law. His words: “I want to commend Tecno for the competition they are bringing into the mobile market and quality of products.
Quality of service is not only from networks but from handsets. 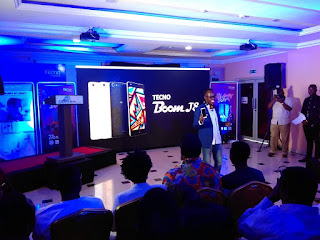 We are going to conduct sensitization workshop for people to be aware of this. “I however want to urge Tecno to start the local productions of these mobile phones. Government will see to make sure that tecno starts the local production.” According to Nggada Joshua Yakubu, the head of Lagos office of the Consumer Protection Council (CPC), Tecno has over the years offered quality products in the Nigerian market. 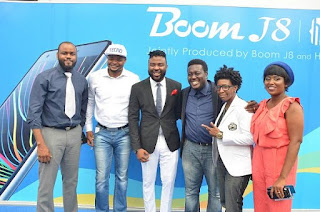 He said: “The first mark of success is the attention you give a consumer. When you have a happy consumer, you have a happy customer. I know Tecno has been doing this in the past but I want to urge them to continue to pay attention to consumers’ complaints.” In his speech, Engr. Richard Adewunmi, the head of electrical and electronics, Standard Organization of Nigeria (SON) urged Nigerians to buy Tecno products because they have been customized for Nigerians, unlike phones from the United Kingdom or the US. 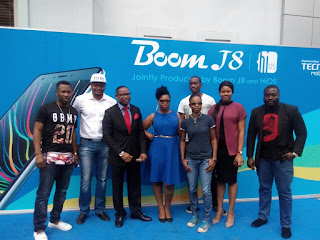 He said: “When you see Tecno, buy it with pride because it is customized for Nigerians. Let us promote what has been customized for us.” Three lucky winners of the Tecno Boom J8 emerged shortly after the unveiling as a raffle draw was held.
#PowerOfSimple, @TecnoMobileNG.