Missing woman found dead in a well in Lagos. 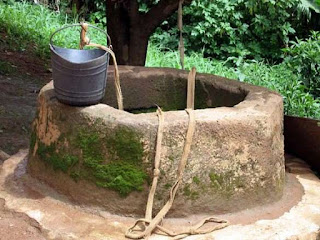 News reports have revealed that The 41-year-old victim, Antinlola Adeyemi , was reportedly discovered in the well today, Monday, March 28, 2016, after being announced missing on Friday, the week before in Lagos.
The Director of Lagos State Fire Service, Mr Fadipe Rasaq , reportedly confirmed the discovery to the News Agency of Nigeria (NAN) .
Mr Rasaq also revealed that the family had been searching for her for four days now, before her discovery.
Speaking in a statement on the issues, he said:
“The family had been looking for her. She was discovered in the well and we were informed at about 9.30 a.m.; when we got there, she was already swollen.
“It was only her back we were seeing. It was difficult to bring her out. At the time we brought her out, the corpse was handed over to Isheri Police Division police officers.
“The well is situated in front of the houses along the power lines where illegal buildings and other structures were demolished in Ikotun area not too long ago.’’
The corpse has reportedly been deposited in the mortuary of a near by hospital.
May her soul rest in peace.