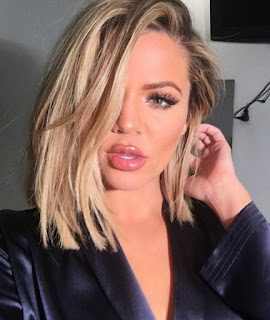 Khloe Kardashian is spilling some dirty little secrets!
In a new post from her official website, the 31-year-old reality TV star gets extremely candid about her sex life, rating the three wildest places she's ever "gotten down and dirty."
First up, the reality star reveals one of her favorite spots she's done the deed is in her own home, but instead of taking things to the bedroom, Khloe says she got it on in her kitchen.
"You're at home, so it's comfortable, but it's still a little different than the norm," she writes. "A marble kitchen counter is sexy, thrilling ... and cold, LOL!"
The next place the "Keeping Up With The Kardashians"star named on her list was a little more unconventional -- and uncomfortable!
"Don't try this at home! Someone else was driving and I was in the backseat, but I'm a tall girl so it feels cramped and it hurts my f--king knees," she says of gettin' some in a car. "Getting down in a moving car is a waste of time, because nothing happens for me. I just don't get to the finish line! If you're down for a thrill, then by all means, but this one gets a low rating from me!"
The "Kocktails With Khloe" host saved the best for last though, giving one sky-high location a 5/5 rating.
"Doing it on a private plane is great, especially when there are other passengers on board," she writes. "It's part of the thrill! I walked into the bathroom first and then he followed so it wasn't exactly stealth, haha!!! Everyone obviously knew what was going on in and when I walked out, they asked if we had fun, LOL!!!
We wonder who her mystery man was!
What do you think of the star's sexy confession? Tell toofab in the comment section below!