October 11, 2015
Senators from Rivers State on Saturday insisted that they would oppose the nomination of a former governor of the state, Mr. Rotimi Amaechi. 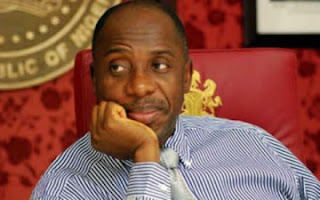 The Senator representing Rivers-East Senatorial District said they would insist on the report of the Senate committee on public petitions currently investigating allegations against Amaechi before he could be cleared by the upper chamber of the National Assembly.
Meanwhile, Amaechi, has told his successor, Mr. Nyesom Wike, to go to court over the recommendations of the Justice George Omereji-led Judicial Commission of Inquiry into the sales of valued assets belonging to the state by the last administration.
Amaechi said in a statement issued from his Media Office on Saturday that rather than engage in theatrics and ‘childish’ tantrums, Wike should prosecute him if there was any case of corruption against him.
The state government had on Friday, while briefing journalists, declared that the commission of inquiry had indicted Amaechi and asked the ex-governor and others to return the sum of N97bn belonging to the state.
The government also directed its Attorney General and Commissioner for Justice, Mr. Chinwe Aguma (SAN) to begin a process of prosecuting Amaechi and others indicted by the panel should they fail to return the said sum.
But Amaechi specifically stated that from the way the panel conducted its probe, it was obvious that Wike established it (panel) with a mission to indict him, maintaining that the outcome of the Omereji commission was not surprising to him.
Click source to see full post.
Source:
SUNDAY PUNCH.