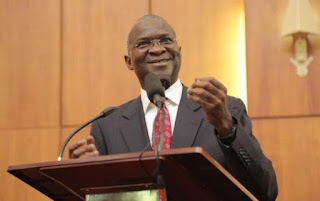 During his presentation, Fashola said the successes he recorded as governor of Lagos state was as a result of team work and not solely his. On Value Added Taxes, Fashola canvassed for the increase in employment opportunities in Nigeria so that VAT can be increased proportionally.On security,
Fashola said this is a very important sector in Nigeria and the major challenge of any leader. He said Nigeria is under-policed and recommended that the Nigerian Police force be decentralized.

He called for the implementation of state police as it will help reduce unemployment as more youths will be employed to police their environment an, tailors will be contracted to sew police uniforms.
He said as a Governor, he saw criminals as his competitors and in a competition his goal was to win the war against criminals. 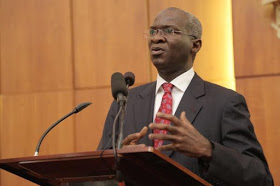 On the effective management of the FCT,
Fashola called for the periodical review of the Abuja master plan. Fashola said elderly politicians are the guide and compass of Nigerian politics. He noted that the experience and counselling of the senior politicians have helped to develop our democracy.

Reacting to a question if he indeed spent a total of N300 million to build a website (N78 million) and sink boreholes,
Fashola said:

“I have never signed a cheque as a governor. My commissioners never signed cheques. It’s an institutional thing. Nobody can award a contract outside benchmark price. There is a procurement process.”he said

Fashola said no one has accused him of corruptly enriching myself. He spoke about Loyalty not only in politics but in Life generally. He said nobody can accuse him of giving his word and going back on it. He concluded by saying: “may your loyalty never be tested” drawing analogy from a woman who needed a kidney transplant but was refused one by her own children. 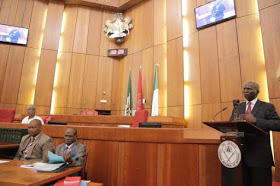 On internal revenue generation,
Fashola canvassed for diversification. He said Nigerians have a lot of money and sadly are investing outside the country. Fashola said it was important for the nation to borrow to keep the economy going. He said debts must be incurred to finance public infrastructure, that debts should not be incurred to pay salaries or fuel generators.He was then asked to take a bow and go.