Jessie J and Luke James have reportedly split amid fears 'he was just using her to raise his profile'. 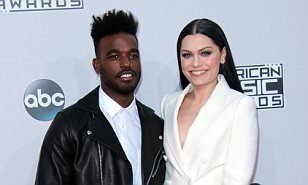 Jessie J has reportedly split with her boyfriend of almost a year amid fears their relationship wasn't genuine.
The Bang Bang hit-maker is believed to have parted ways with R&B singer Luke James because he was allegedly only dating her in the hope of 'raising his profile in the music industry'.
'Jessie fell hard for Luke, but over the summer she started having doubts...
The report added that Luke, 31, has unfollowed the singer on Twitter. 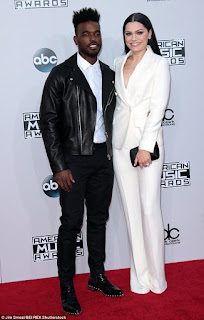 Hours before the newspaper hit the shelves, Jessie, 27, tweeted a motivational message in response to a struggling fan.
'You got this girl. You are stronger than you think x,' she encouraged the follower.
This spurring message was the conclusion of a 14-tweet-strong rant in which she hoped to instill positivity among her eight million-plus followers and which appeared to have been fuelled by a distasteful Instagram comment. 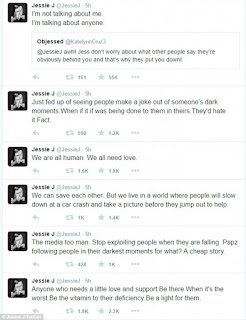 Having doubts': Jessie - who first started dating Luke in November last year - allegedly changed her mind about their relationship over summer.
Posted in the early hours of the morning, she wrote: 'The love people will happily give someone when it may be too late, is often the love they really needed to survive when they were falling.
'Next time you think about making a Instagram joke or to judge someone. Really think. If this was about me, if I felt really low would it help?
'Be there for someone when they are falling to try help catch them. Not just the person that "cares" when they hit the ground.
'Anyone who needs a little love and support. Be there. When it's the worst. Be the vitamin to their deficiency. Be a light for them. 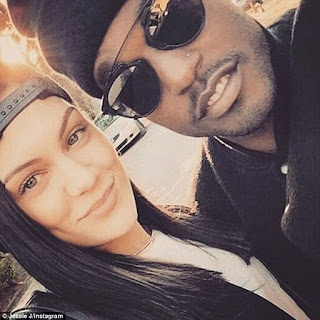 'We can save each other. But we live in a world where people will slow down at a car crash and take a picture before they jump out to help. We are all human. We all need love.'
However, despite the coincidental timing, the chart-topper denied she was referring to herself, and ultimately the reported break-up, in the comments.
'I'm not talking about me. I'm talking about anyone,' she clarified.
Luke has also been using the social-media site to express his emotions and last week tweeted: 'Love is all you need, when it's real.'
The Voice coach first confirmed she was dating the artist in November last year as the pair made their relationship Instagram official with a cute couple selfie.
'My first ever official #mcm. My man. My crush. My Monday morning. So it's only right,' she captioned it. 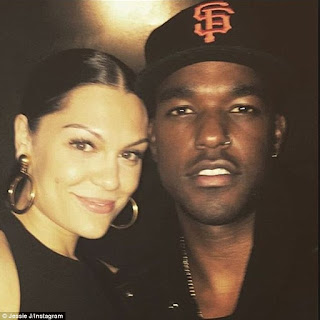 Throughout their 11-month romance, Jessie often gushed about her man online and her profile on the photo-sharing app was littered with sweet shots.