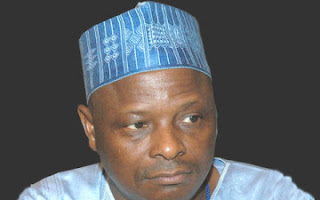 It was gathered that the former governor’s aide, now the Chairman of Tarauni Local Government Area of the state, was picked up by operatives of the EFCC from the Kano Zonal Office of the commission on Saturday.
Investigation showed that the council boss was picked up for allegedly embezzling N65m.
“Yerima, who is the incumbent chairman of Tarauni Local Government Area of Kano State, was picked up early this morning over allegation bordering on corruption.
“He is alleged to have cornered over N65m approved to participants in the Millennium Development Goals empowerment programme.”
When our correspondent contacted the Head of Media and Publicity of the EFCC, Mr. Wilson Uwujaren, he said he would not comment on it.
Source:
PUNCH NG.