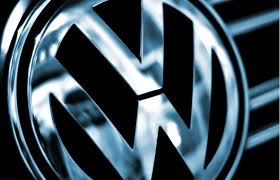 Martin Winterkorn, the CEO of Volkswagen, has abruptly resigned today. The move comes after the discovery that the company was allegedly using "defeat" software on 11 million of its diesel-powered vehicles to cheat emissions tests. The German car manufacturer said yesterday that it would have to set aside €6.5 billion ($7.3 billion) to cover the costs associated with the issue. German publication Der Tagesspiegel reported earlier this week that Winterkorn would be replaced by current Porsche CEO Matthias Müller, a claim that was later refuted by a Volkswagen spokesperson. A replacement has not yet been announced, but is expected on Friday.
Winterkorn released a video statement yesterday about the scandal that gave no indication that he was on his way out. But just after today's news broke, Winterkorn released a written statement on Volkswagen's site:

I am shocked by the events of the past few days. Above all, I am stunned that misconduct on such a scale was possible in the Volkswagen Group.
As CEO I accept responsibility for the irregularities that have been found in diesel engines and have therefore requested the Supervisory Board to agree on terminating my function as CEO of the Volkswagen Group. I am doing this in the interests of the company even though I am not aware of any wrong doing on my part.
Volkswagen needs a fresh start – also in terms of personnel. I am clearing the way for this fresh start with my resignation.
I have always been driven by my desire to serve this company, especially our customers and employees. Volkswagen has been, is and will always be my life.
The process of clarification and transparency must continue. This is the only way to win back trust. I am convinced that the Volkswagen Group and its team will overcome this grave crisis.

Winterkorn's contract was due for renewal this Friday, making for convenient timing — he had originally been expected to have that contract renewed by shareholders, but the tide clearly turned against him this week. It is possible, if not likely, that other senior officials will depart the beleaguered company as the scandal continues to grow.
The EPA says that the so-called defeat device only activates the cars' most stringent emissions controls during laboratory testing, leaving them disabled during normal operation. This was hiding the fact that, according to the EPA, these diesel vehicles were emitting nitrogen oxides (NOx) at up to 40 times the standard amount allowed by regulations. These actions could be considered a violation of the Clean Air Act — an offense that could carry a maximum penalty of $18 billion in the US alone, not including any criminal penalties.
The manipulated software affects 482,000 cars in the US, including the 2009 to 2015 models of the Jetta, Beetle, Golf, and Audi A3, along with the 2014 and 2015 Passat. These cars are still safe to drive, and no recall has been issued yet, but Bloomberg reported that the US Justice Department is opening a probe into the case.