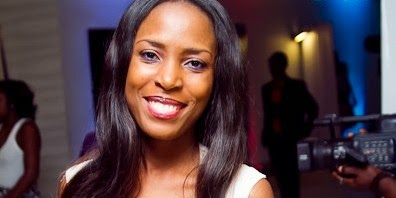 Linda Ikeji was born on September 19, 1980. An indigene of Nkwerre L.G.A. in Imo State, Nigeria. She was born into a family with a really humble background, and is the second of seven children. She was raised in a Christian catholic home as well.
At a very tender age of 10 years, Linda began a hobby of writing. The fiction she wrote were commended by her family and friends. As time went by she developed a passion for news. Different from most teenagers her age, Linda Ikeji cherished listening to news, watching newscasters and interviews, and when the chance came to study at the University in Lagos, she chose into Mass Communication.
However, to her disappointment, she was admitted to study English Language. To support herself through school and reduce burden on her family, Linda started working at age 17, doing anything from being a waitress, ushering in occasions to modeling and bar-tending. Anyway, none of these paid much back then in the late 90′s. She began the modeling career in 1998 and gave up in 2005. She was also a fashion columnist for a struggling celebrity magazine, and after two years of toiling in the news room, she gave up that too. 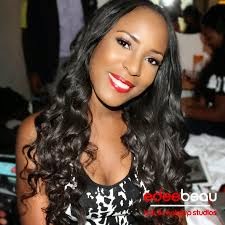 She came into entertainment as a determined model while studying in Unilag. Linda modeled for numerous brands, like the ‘Rose of Sharon’ label, owned by former President of the Fashion Designers Association of Nigeria (FADAN) and Nigerian billionaire and oil mogul, Folorunsho Alakija, and in some of the most fascinating fashion shows in the country back then. She was at ECOFEST and has also done some outdoor advertisements.
She said: “I’d run off from lectures to a hotel and sell beer from 1 pm until 10 pm. I did this for a few months. It wasn’t easy at all, but I had to survive”.

In the year 2004, after she had concluded her University education, she labored so hard to crack into the Journalism trade, by introducing her media company, called Black dove Communications, which was a modeling agency and events management outfit. The name Black dove was however inspired by Silverbird, which happens to be a name and also a bird. It was also inspired by the fact that her best colour is black and beloved bird is the dove. 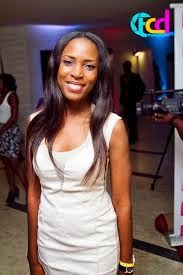 Linda Ikeji remained within her walls of comfort zone which was modeling, so instead of being in front of the camera, she chose to be behind camera by managing an agency, signing up models, training them and getting them jobs. Although Linda claims to still have the modeling agency, but not managed by her anymore. She also commenced what she tells in her earliest blog post as her “true passion”, her magazine called, FM & B. The first issue was published in the 2006 and on realizing how expensive and stressful magazine publishing was, she only had two more editions printed.
The blogging episode started in 2006.