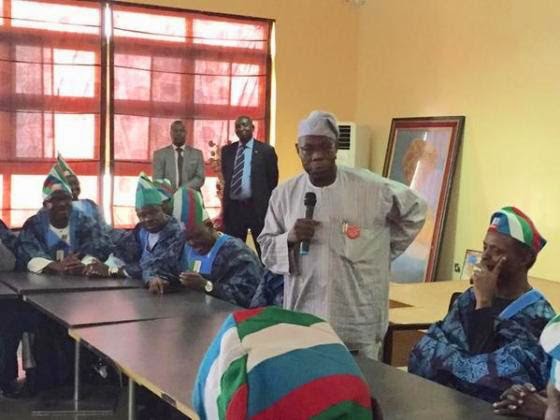 Former Nigerian president Olusegun allegedly said this about the ongoing issue of the certificate of General Muhammadu .
The former president might say he didn’t say this in the next few days as usual, but for now read up
“The truth of the matter is that Jonathan is aware that Buhari is qualified to contest for President Election but some hawks with Jonathan, do not want him to contest Because they believed that he will win and come for them.”
“The issue came up in 2007, and we investigated and found out that his WASEC is with the military and that was why he was allowed to contest in 2007″
“Buhari cannot listen to anyone about his certificates because as a General of Nigeria Army,he will speak when he chooses, not by Femi Fani Kayode and Okupe asking him.”
“Fayose and other corrupt People including Kashamu do not want Buhari because of his anti-corruption slogan. Even Jonathan did not finish his PhD course but when it was presented we stated that, it does not matter but many people do not know because it was PDP thing.”
“I see Buhari as the next President and Jonathan is aware of that, and that is the reason they are hitting him everywhere to put confusion in his camp. But a General is always a General”