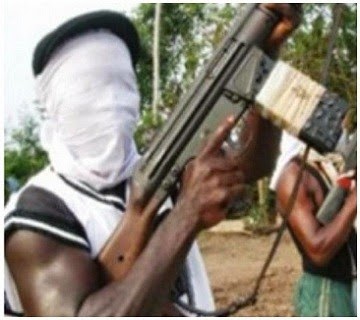 Two sets of deadly Armed robbers have invaded a branch of an old generation bank in Ikare-Akoko, the headquarters of Akoko North East Local Government Area in the northern part of Ondo State killing 19 persons, including four policemen.
The robbers who were suspected to belong to the same gang simultaneously attacked the bank located at Jubilee area of the town. They also attacked the police station located along Owo Road apparently to prevent the officers there from foiling their operations at the bank. An unspecified amount of money was said to have been carted away by the robbers after an operation that lasted for over an hour. The robbers also killed a driver whose car they snatched in order to escape.
Eyewitness said that the robbers, who were dressed in military camouflage uniform, launched the attack at about 3:00pm, local time, after they had blew open the bank’s gate with an explosive device.
Thereafter, started shooting everyone in sight including three persons who were withdrawing money at the ATM machines outside the bank.
Inside the bank, customers were ordered to lie face down, while they were robbed of their cash and other belongings, while the bank’s vault was also forced open by the robbers. About 11 persons were said to have been shot dead in the crowded banking hall.
When contacted, the spokesman for the Ondo State Police Command, Wole Ogodo, said he had not been fully briefed about the robbery. He said he was at the Akure local airport to ensure the safe departure of President Goodluck Jonathan who was going to Ado-Ekiti for political campaign in Ekiti State.