9ice lost out at APC primaries for oyo state. 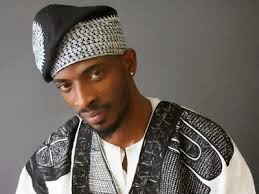 Singer turned politician 9ice has reacted to reports he crashed out at the recent APC Primary election. In a report on Sunnewsonline today, the reporter wrote;


Another celebrity-entertainer who lost out, after being widely considered as ‘the chose one’ is Abolore Akande, aka, 9ice. He vied for the ticket to represent Ogbomosho North/South/Orire Federal Constituency of Oyo State under the platform of APC. It was still not yet clear what really went wrong as at press time.

9ice has slammed the report, denying he's crashed out. Find his press statement after the cut...

9ice Refutes The Sun Report on Primary Election Crash out
I-Abolore Akande popularly known as 9ICE hereby debunk the news being published in THE SUN by Ckuks Eze today 5th December that I am no longer in the race to contest for the APC ticket as an aspirant for the House of Reps in Ogomosho South, North and Orire Federal Constituency as a blatant lie. I suspect he has been bribed by my opponents to rubbish my efforts.  It is a joke of the century and a plan by enemies and killers of good dream. I am very much in the race and with you support and prayers, success is certain.
Signed: Abolore ‘9ice’ Akande