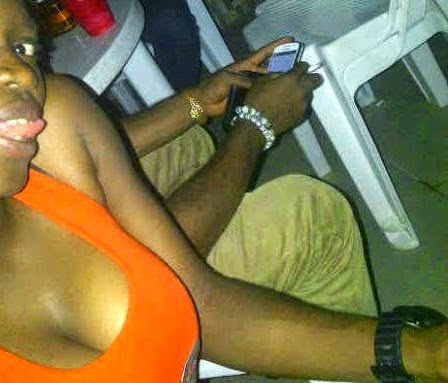 Here is what happens to girls with big eyes, always looking for guys with big cars that will spend money on them. When your priorities are all about “give me money, give me money”, this is the result!
She is a 300 level Computer Science student and the 6th of November, 2014, was like every other day for her at the University of Lagos, Akoka Yaba. As the girl, who claimed to be sick, returned from lectures and stepped into her apartment located at the Moremi hall, one Daniel Okereke, a big boy who has been wooing her, came visiting.
Without any hesitation, the undergraduate was said to have left her room to attend to her visitor, who it was learnt opted to take her to a pharmaceutical store around Akoka to get some drugs. He reportedly took her to an eatery, so that she could eat before taking the drugs.
Funny enough, he offered to take her to his house and she accepted. Imagine a girl who claimed to be sick; she decided to follow a man who is not yet her boyfriend, he is still wooing her, to his house. Story for the gods! The rough guy took her to his abode in the Mende area of Maryland where he allegedly ended up raping her… 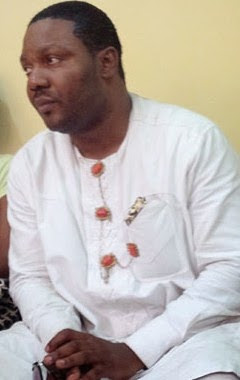 Narrating her ordeal to the police, the UNILAG female student [names withheld] who had marks of strings on her back, hands and legs , narrated how she narrowly escaped being murdered by Okereke, in her bid to free herself from his grips.
According to her: “When he came visiting, I never knew he had something sinister in his mind until we got to his place. At the eatery, he ordered that the food be made take-away and asked me to go eat it in his place and at the same time rest before taking me back to the hostel.
“Immediately we entered the room, he secured the door and I had supper and later asked to be taken back. But he said he must have se.x with me. I tried to appeal to him to consider my state of health and take me back to campus.
“Before I knew what was happening, he started beating me, forcing to have his way. As if that was not enough, he called in seven guards in the compound who assisted him and tied me down. He thereafter, went into his kitchen and brought out a knife, threatening to kill me if I resisted. He took me to one of the rooms where he brought out a c****m and raped me.”
When the 23 year-old lady was untied, she went violent and started shattering every property she could lay her hands on. In the process, one of the objects she allegedly threw out of the window, landed on a vehicle belonging to one of the tenants, smashing its windscreen. That attracted neighbours.
The case was reported at Area ‘F’ Ikeja. During interrogation, Okereke, claimed to be nephew of the former DG of Nigerian Stock Exchange, and cousin to a front-line Nollywood actress who ironically has a foundation which promotes the well being of women.
The guy was said to have been released on bail, and the case has been transferred to the State CID.
In his defence, Okereke claimed that the female student destroyed his property, hence his action. Now it is her words against his.
In court, Okereke and his accomplice pleaded not guilty to the charges. And the Magistrate, Aje-Afunwa, granted the Lagos big boy, Okereke, bail in the sum of just N200,000. The second guy was granted bail in the sum of just N50,000. The matter was adjourned till next year, January 9, 2015.
When will these ladies learn?