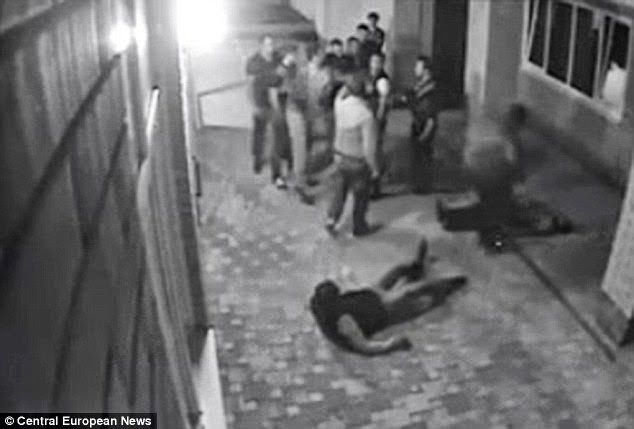 'There were at least ten of them, led by
the two who thought they were real big
shots,' eyewitness Eldar Vinogradoff, 27,
said.
'One of them took off his shirt and started
squaring up to the boxer, and I don't think
he even knew what hit him when he went
down like a bowling pin. A second man
tried to kick the boxer and he was floored
instantly as well.
'Then a third man joined in, and he was
left staggering and on the point of
collapsing after taking three blows to the
head and not landing once himself.'
CCTV cameras outside the bar show how the
rest of the group back away after the first three
are knocked out cold, instead rushing to the
aide of the floored thugs.
The gang later then hired a lawyer to file a
complaint to the local police that they had been
attacked.
However police have said they are taking no
action after the CCTV images showed that the
man was clearly acting in self-defence and that
he had been on his own against nearly a dozen
people who were on the other side.
The lawyer for Vlasenko said:
'My client wasn't prepared to allow them
to harass his wife.He was prepared to
discuss it in a reasonable manner, but
when they resorted to force than he was
forced to defend himself with inevitable
consequences.' 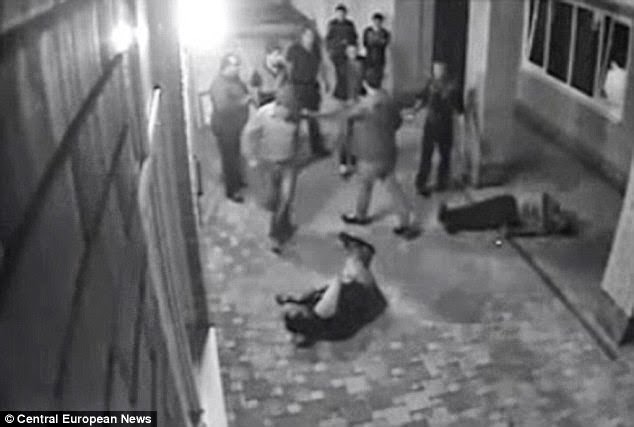 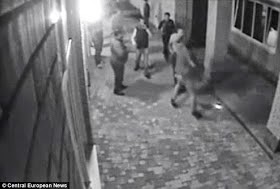