November 16, 2014
All progressive Congress is having a big challenge with choosing their 2015 presidential candidate. 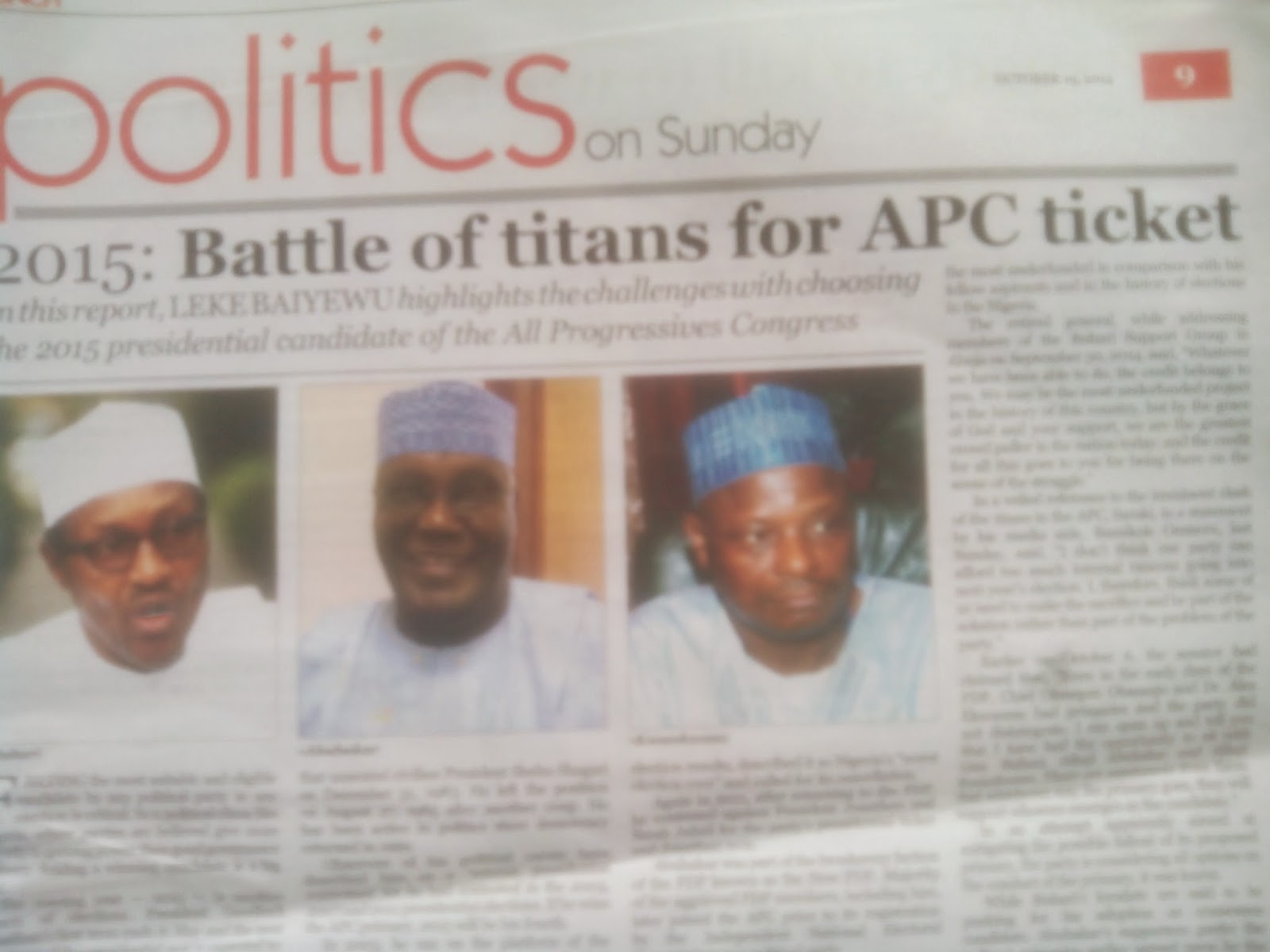 Fielding the most suitable and eligible candidate by any political party in any election is critical.  In a political clime like Nigeria, when parties are believed to give more priority to gaining power than good governance delivery, fielding a winning candidate is a big deal.
A party of opposition to the current seater in the presidency (APC), which is bent on unseating Jonathan of the people's democratic party, is having a former Head of state, Gen. Muhammadu Buhari (retd), a former Vice president, Atiku Abubakar as presidential aspirants and the Kano state governor, Ibrahim Kwankwaso, who has declared his interest in the APC's ticket. He is another political force to reckon with in the north.
According to analysts, the party reportedly zoned its presidential slot to the north even though it opened the door to aspirants from other parts of the country.